There are many types of materials out there about squid, including films, and books. Even the history of them is quite amazing. You may think that all we know has just been learned in the past few decades. However, there are plenty of connections to earlier reports. The fact that so little used to be known about squid allowed them to be part of some very intricately woven stories and myths.

Many of them have led to legends that aren’t appealing though. For example when fishermen and their boats disappeared from the water there were stories that giant squid took them in their arms and pulled them into the water. The look of the squid doesn’t give it a good role to play in such stories.

Some popular myths include the giant squid fighting with sperm whales. However, research has proven this doesn’t take place. What spectators may have been seeing though was the squid about to become a food source for the whale. Of course it is going to put up one heck of a fight before it finally has no strength left to battle with.

As early as 4 B.C, there is written documentation of the squid. This is based on the information left by famed Aristotle. He spent a great deal of time talking about the different types of squid as well. Some that he witnesses were more than 30 feet long and weighed up to 700 pounds. There are pictures too of these early forms of squid that help us to know that this is what was being talked about.

In Homers Odyssey, the monster with many heads in the story is depicted about a squid even though it isn’t mentioned by name. However, the early pictures and descriptions of the monster that were used indicate to scientists that there were giant squid found in this area around that period of time. Many of us have had to read this literature and have found the information about the squid to be in a fashion that you won’t find in any other books out there. 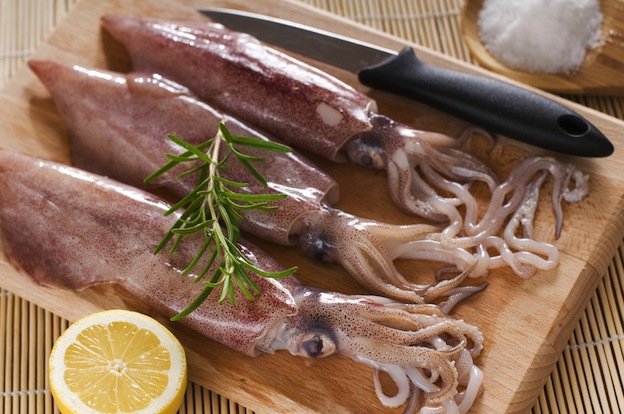 Squid also were the topic of a variety of scientific papers in the 1850’s. Many of them were written by independent scholars and researchers. Many of them talk about the squid located around the shores of New Zealand. Due to the fact that they live close to the shores there, people were able to observe them without being below the surface of the water.

There are many popular books out there with references to squid in them. Most of us are familiar with the classic Moby Dick. There are also plenty of references to them in 20,000 Leagues under the Sea. Both are also films you can view if you don’t want to read the books. It has been less than 10 years since the first film on squid was completed. In 2001 researchers were able to record squid in their natural environment. The Discovery Channel made a documentary from it called Chasing Giants: On the Trail of the Giant Squid.

Today we know much more about squid than ever before. You will find plenty of great references to them throughout popular culture. You can find these materials at the library as well as online. Taking the time to explore them can help you to learn more about squid. It can also help you to see them from a variety of different angles. What you read can also help you to make up your own opinion about squid. You may not like all of what you read about them, but it is a way to get both sides of the tales.