There are quite a few squid predators out there. In fact, they make up a great deal of the food source for birds, a variety of fish, and even sharks when you are talking about the giant squid. Even sperm whales enjoy feeding upon them in larger regions. It isn’t just the squid that are a food source though. The eggs that are deposited in the water are often consumed by predators as well.

The fact is that just about anything in the water will consume squid if necessary. When other sources of food become scarce, the consumption of squid increases. They have a soft texture to them which makes it easy for them to be consumed. The smaller species of squid are the ones that are often eaten by small and medium sized predators. The sharks and whales though tend to stick to the giant squid where one of them is a full meal.

The exact predators of the various species of squid depend on where they are distributed. For example those that live in the extremely cold regions have fewer predators. They tend to only be prey for sharks and whales. Those that live in the warmer waters though will have more predators due to more types of aquatic life in the area.

Those squid that live close to the surface of the water are in more danger of being consumed by birds than others. Yet that doesn’t mean there isn’t plenty of danger lurking at the deeper parts of the water either. Squid can get away from their predators if they are aware of them by swimming away rapidly. 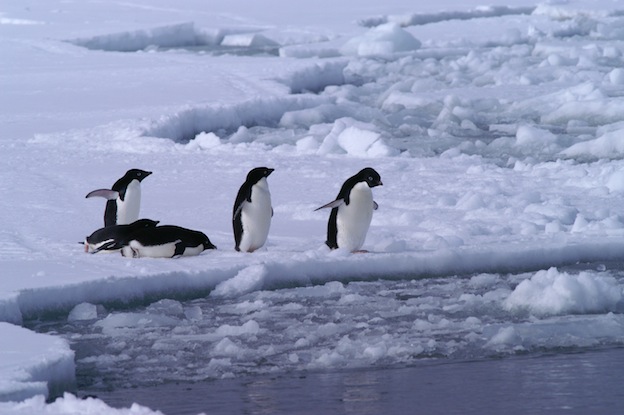 They also have the ability to squirt ink that confuses the predator while they are getting away. Of course this only works though if they are able to know the predator is there. Many of them blend into the surroundings so that they have the element of surprise. This means the squid is lunch before it even knows it was in danger.

Some species of squid though are able to change the color of their skin to match their surroundings. This is a great way for them to hide from predators. Since the squid really has no way to fight except for the hooks some feature on the end of the tentacles they have to rely on being able to hide or to escape from their predators.

Even with such abilities, many of them are no match for the predators that are after them. However, even with squid becoming a tasty meal for many creatures out there, enough of them still remain in the water for it not to be a big concern. Researchers continue to try to document the events that occur when a squid encounters a predator.

Of course humans have long been an predator of squid as well. They capture them for a variety of reasons. It was learned long ago that squid are a common meal for other predators. Therefore fishermen would use them as bait to capture a variety of fish they were interested in. Depending on the type of squid they used, they could get some very nice sized fish out of the deal as well.

However, most of the squid that humans capture are for food. Millions of pounds of squid are consumed by humans annually. This type of food is called calamari and there are many different ways to make it. You can purchase these squid to make calamari recipes at home. Many restaurants also serve it as an appetizer. If you go to a seafood restaurant then you will likely find it offered as a main course.