The squid are quite diverse when it comes to where they reside. The specific habitat though depends on the species of squid. Some of them thrive in the warm tropic waters while others do much better in water that is at a lower temperature. You will find squid in just about all the major bodies of water found out there.

They tend to prefer salt water due to the fact that there are so many species found in the major oceans out there. All of the species of giant squid though are to be found in saltwater oceans only. They are also found very near the bottom of the ocean floor where they can be undetected most of the time.

The North Atlantic is home to many more species than other habitat locations. They are also found in large numbers around the Gulf of Mexico, Hawaii, and California. In the Northern Pacific squid have been identified from the North Pacific starting at the Bering Sea all the day to the Sea of Japan. 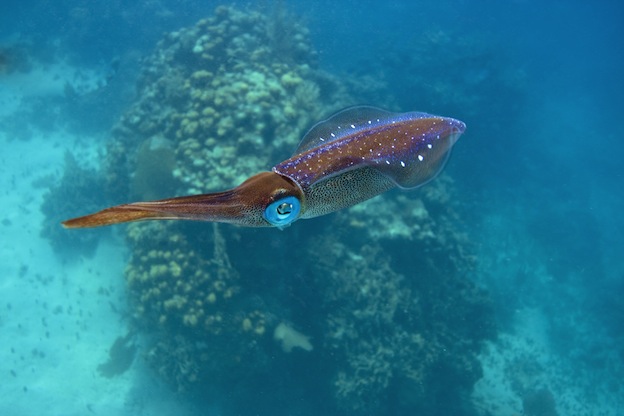 Both the Colossal Squid and the giant squid are found in the oceans near Antarctica. They are able to survive in these extremely cold temperatures. Here they can grow to be very large as they don’t have any predators but sharks.

The Boston squid is found in a range from Massachusetts to North Carolina. It has also been identified from Nova Scotia to the coast of Venezuela. As more people take notice of squid, they have been identified in new regions. It also helps that we now have the methods of transportation to find them. Diving deep into the waters, many divers have been able to locate their natural environment.

Most of the time squid will be found at least 1,000 feet below the surface. The water is cooler there and they can be alone. It is the younger squid that tend to be at the surface as well as some of the different species. It is the fact that they aren’t always so easily visible that many people don’t realize they exist in the area where they are.

It is believed that there are many locations out there where other species of squid live as well. The problem is that they haven’t yet been identified by researchers. Some of these areas are very remote too which means it is extremely difficult to get in there and to record information.

Hopefully as new methods of research become available though we will be able to learn about them. At the same time we will be able to document more areas that the squid have claimed to be part of their natural habitat. It is increasingly important that we are able to properly identify where they live.

One reason is that they are a viable source of food for so many creatures in the water. One form of conservation for these other animals may be to relocate them to areas where there is plenty of squid. That could mean the difference for them between extinction and the ability to increase their numbers.