The anatomy of a squid is quite interesting, so if you haven’t given it much thought you may want to look closer at them. The first thing you will notice is that they are symmetric along the length of their bodies. This allows them to easily move along in the water.

The head of a squid is different than anything else you have seen that lives in the water. It is much larger than the body. It is flat but it has a large volume to it. The size and shape of it is going to vary depending on the species of squid you are referring to.

A squid features eight arms that have suckers along the length of it. They also feature only two tentacles. Many people assume the arms are on the wrong end of the squid. This is because they assume the fin at the end of it is really the head. However, the head is located close to the arms and the tentacles.

The mantle is the cavity of the body for a squid. This helps to protect them as they move in the water. It also serves as a place for them to maintain the nutrients they take in for their own survival. 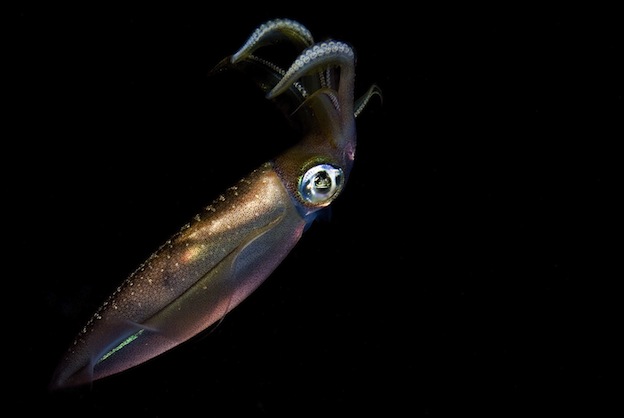 Plenty of research has been done on the topic of anatomy relating to the digestive system. It is extremely complex and that is always more interesting to researchers. The food is taken to the stomach region and then taken to what is known as the caecum. This is where the digestion process ends up taking place. From there it moves to the liver and is absorbed by the body.

It is quite interesting to discover that the squid has three hearts. There is the central heart which functions normally to circulate the blood through the body. The other two work to supply blood to the gills.

The mouth of a squid is very small and it is beak like. You may have to look closely on one in order to locate it. They also have two small eyes that they use to see what is going on around them. The squid also features a very large sized brain compared to its overall body size.

They have the ability to use a variety of senses. For example squid are extremely sensitive to touch. They also have receptors on their body that make them very sensitive to taste as well. It is believed they have a taste ability that is about 1,000 times better than most humans.

While squid are color blind, they do have excellent eyesight. They are able to see both in the shallow water and deeper regions. They can see well in the day as well as during the night time. Squid have the ability to see in a range of 360 degrees too which is quite interesting. They call also smell quite well. This is accomplished by using pits and glands that are found underneath their eyes. 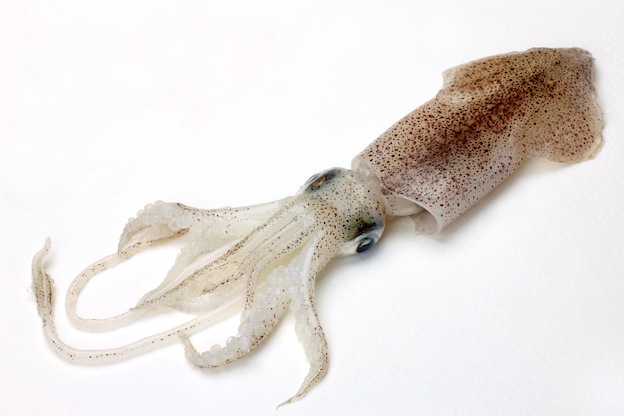 The overall anatomy of the squid is different from other types of creatures found in the water. However, as you can see it does work out quite well for them. Their survival in the water depends on their unique anatomy. They have continued to evolve too over the course of time in order to continue being a part of our world.

Studying the anatomy of the squid allows researchers to find out more about that evolution process. It also helps them to understand the survival of these creatures. Since they offer a source of food for many other animals out there it is important for us to readily identify what makes them move and function as they do.