There are eight identified species that fall into the group of giant squids. They are very large in size with the females being approximately 10 feet longer than the males. The maximum length of a female is 43 feet. The overall design of it is the same as other types of squid. It features the mantle, eight arms, and two tentacles.

All giant squid have extremely large eyes, as big as basketballs. They are extremely fast and agile in the water. This is due to the overall design of their bodies. While it is unique in structure it certainly works to their benefit. They also don’t have to worry about too many other creatures out there.

The giant squid live deep down close to the floor of the oceans. They were first recorded in their natural habitat in 2004 by individuals from the National Science Museum of Japan. You will find them in all of the oceans around the world.

Some of the more common locations where they have been identified include Norway, New Foundland, New Zealand, and Australia. They tend to enjoy the cooler waters more which is why they are rarely found in tropical regions.

It is hard to count just how many giant squid are out there because of how deep down in the water they live. Don’t worry though as their numbers seem to be high enough that there is no danger of them being extinct any time soon. This is refreshing due to the number of aquatic animals in the water that do fall into that category. 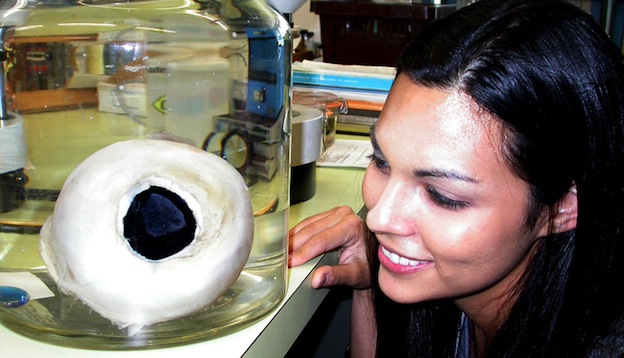 For the most part the giant squid is harmless. The stories about them attacking sharks and people are myth. Due to the look of them though some assume they are aggressive in nature when it comes to their behaviors. They are very busy creatures that tend to spend their time alone except during mating.

This squid tend to feed on medium sized fish in the ocean. They will also eat smaller squid if they don’t get enough other sources to select from. They use their tentacles to hold onto the prey and to squeeze it. They are able to use their teeth to shred the food and to swallow it.

They tend to hunt on their own which means they have access to the food they want. They generally will blend into the surroundings and wait for it to come along, then surprise it with a fierce attack that is fast and powerful.

The complete reproduction process for the giant squid remains quite a mystery at this time. The males will fertilize the eggs for the female and then she will lay them in the water. From there they hatch and the offspring has to care for itself from the very start. Conservation

The only natural predator that the giant squid has is the Sperm Whale. Some efforts have been put in place in Japan to help protect them from hunters. However, these actions are from activities and not from agencies that represent the country. Since the number of giant squid isn’t at risk they don’t seem to be concerned with putting limits on such hunting. 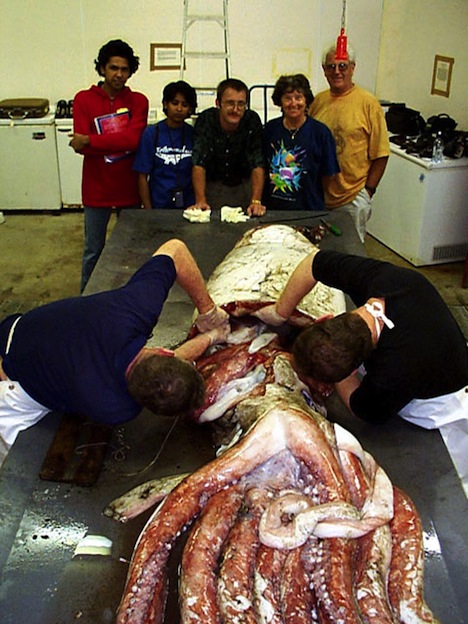 For the most part human interaction with the giant squid has been limited. There has been more up close images and pictures captured in the past 10 years though. The giant squid isn’t going to harm humans. They have been captured though to study in captivity as well. A great deal has been learned about them this way. It is easier for researchers than when they remain in their natural habitat.